Our friends at The BoxOffice Company provide FML with a feed of theater and showtime counts. These counts aren't final for the weekend, but the chart tracks the majority of the screenings that already have tickets for sale. New releases and films in their second weekend of release presell much sooner than other films, which theaters schedule as late in the week as possible. That's part of the reason the data feels incomplete. There also seems to be a minimum threshold before a film makes this list. I will post this data each Tuesday, Wednesday, and Thursday morning. We hope you find it helpful. 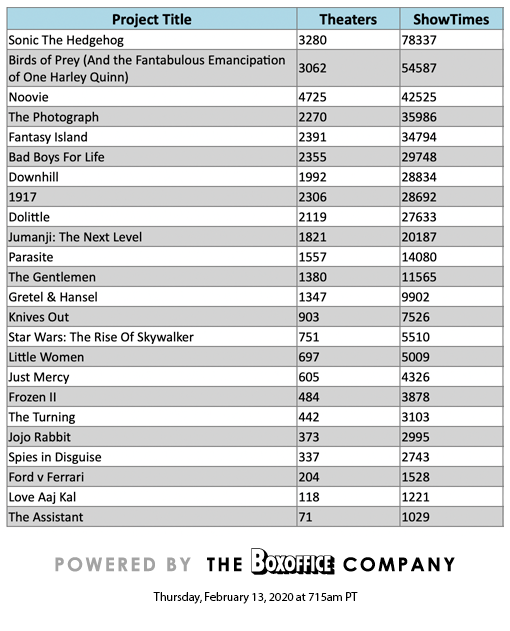 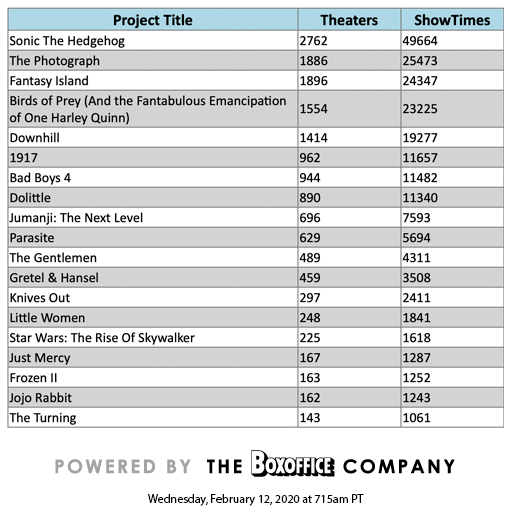